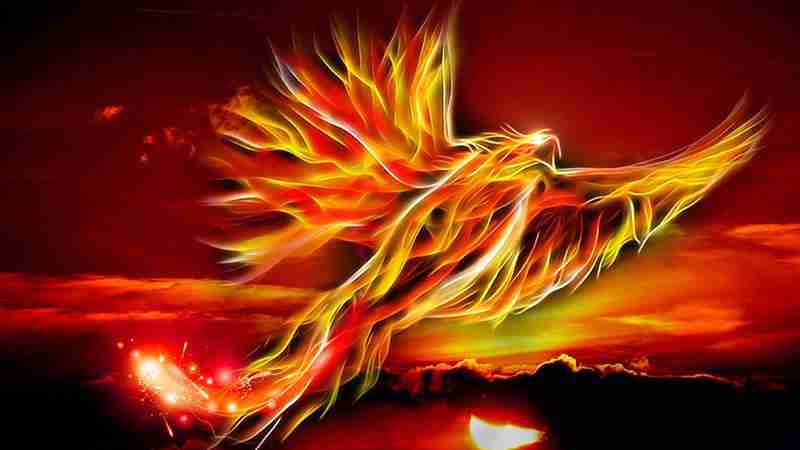 In ancient Egypt and Classical mythology the Phoenix is a fabulous bird associated with the worship of the sun. The phoenix was said by the Ancient Egyptians to be as large as an eagle, with brilliant scarlet and gold plumage and a melodious cry. Only one phoenix ever existed at any time, and it was long-lived—Mythology suggests no less that 500 years, but, as its end nears, the phoenix fashioned a nest of aromatic boughs and spices, set it on fire, and was consumed in the flames. From the pyre miraculously a new phoenix emerges full of the glory of its former self. Similarly, the rising of the Phoenix figures in the Old Testament: ‘Then I thought, “I shall die in my nest, and I shall multiply my days like the phoenix. Job 29: 18. Rabbinic Legend has it the Phoenix will not die because it did not eat the forbidden fruit in the Garden of Eden. Stemming from Clement of Rome (Pope Clement 1 35AD – c.99AD) who was the first Christian Father to use the legend of the Phoenix as an allegory to the Resurrection of our Lord’ it has since become just that a symbol of Resurrection and eternal life.

On this occasion we at St John’s will use the name of our Magazine to symbolise the resurrection of the Church from the plague that has visited itself upon us over the last year. COVID 19 is no respecter of persons, but the Church will like the phoenix arise from the ashes of this Plague renewed in its spirit not by Archiepiscopal edict but by the will of the Church – its people