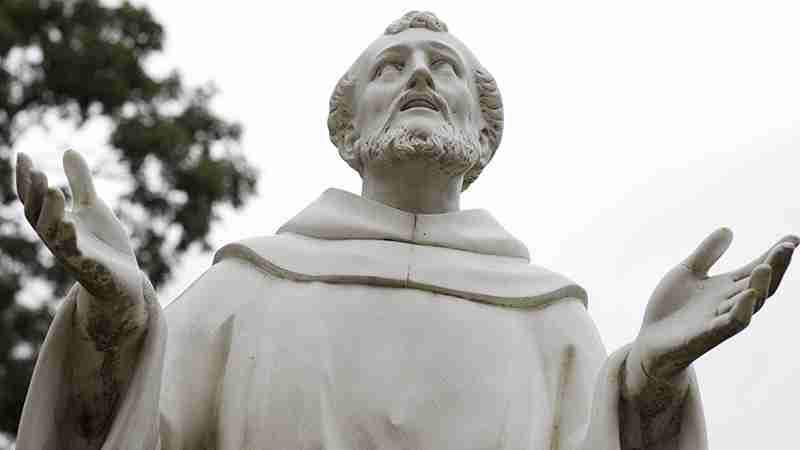 On 25 March we have a second break from Lent, and we abandon the purple hangings and vestments and replace them with White/Gold for the Annunciation of our Lord to the Blessed Virgin Mary is the pivotal point of the Greatest Story Ever told. Here a young Jewish girl bows her will to that of God. The Annunciation, also known as the Annunciation to Mary, and by its full title in the Anglican Communion: The Annunciation of our Lord to the Blessed Virgin Mary is the announcement or proclamation by the Archangel Gabriel that Mary would conceive a child in her womb; The Son of God. Annunciations were also given to several parents of sons in the Hebrew Bible, as well as to Zechariah, the father of John the Baptist also in the Gospel of Luke. Christian churches, particularly within the Western Catholic tradition (principally Anglican and Roman Catholic) but also Methodist and Lutheran, and Orthodox traditions, celebrate the Annunciation to Mary with the feast of the Annunciation on 25 March. Since it occurs 9 months before the birth (or Nativity) of Jesus on Christmas Day, the Annunciation also marks the actual Incarnation of Jesus Christ. The date of the Annunciation also once marked the New Year in some places in the Christian world ,including England (where it is classed as a Quarter Day for rents and is still called Lady Day. And here it is in its Biblical context: In the sixth month the angel Gabriel was sent from God to a city of Galilee named Nazareth, to a virgin betrothed to a man whose name was Joseph, of the house of David; and the virgin’s name was Mary. And he came to her and said, “Hail, full of grace, the Lord is with you!” But she was greatly troubled at the saying, and considered in her mind what sort of greeting this might be. And the angel said to her, “Do not be afraid, Mary, for you have found favour with God. And behold, you will conceive in your womb and bear a Son, and you shall call His name Jesus. He will be great, and will be called the Son of the Most High; and the Lord God will give to Him the throne of His father David, and He will reign over the house of Jacob forever; and of His kingdom there will be no end.” And Mary said to the angel, “How can this be, since I have no husband?” And the angel said to her, “The Holy Spirit will come upon you, and the power of the Most High will overshadow you; therefore, the Child to be born will be called holy, the Son of God. And behold, your kinswoman Elizabeth in her old age has also conceived a son, and this is the sixth month with her who was called barren. For with God nothing will be impossible.” And Mary said, “Behold, I am the handmaid of the Lord; let it be to me according to your word.” And the angel departed from her (Luke 1.26–38).

This text from Luke is called the Angelic Salutation and is the basis of the often under-valued prayer known as ‘Hail Mary’. The Hail Mary prayer stems from two passages in the gospel of Luke. The first one, is the Annunciation or the Announcement by the Archangel Gabriel to Mary contained in Luke 1: 28: And the angel came in unto her, and said, Hail, thou that art highly favoured,
the Lord is with thee: blessed art thou among women.(KJV) “Hail, full of grace, the Lord is with you!” Douay-Rheims 1899. And he came to her and said, ‘Greetings, favoured one! The Lord is with you.’(NRSV). The second passage is in Luke 1 41 – 42 when Mary visits her relative Elizabeth and it says: When Elizabeth heard Mary’s greeting, the child leapt in her womb. And Elizabeth was filled with the Holy Spirit and exclaimed with a loud cry, ‘Blessed are you among women, and blessed is the fruit of your womb. (NRSV and Douay-Rheims 1899) Though the two verses are from the same book in the Bible, they were joined together until about the 11th century.

Here are three paintings of the Annunciation, the first by Dante Gabriel Rossetti (1828 – 1882) a founder of the Pre-Raphaelite Movement in the 19th Century The second is by Fra Angelico 1395 – 1455 (Fra Angelico (born Guido di Pietro, in modern Italian he is called Beato Angelico (Blessed Angelic One); the common English name Fra Angelico means the “Angelic friar” who combined the life of a devout friar with that of an accomplished painter. It is a highly stylised work and bears, we suspect very little resemblance to the truth whereas in the third painting owned by the Archdiocese of Omaha in the United States we have what must be considered a more realistic attempt to portray a very difficult subject.

Here we see Mary as she probably was, a very frightened young teenager. Let’s face it if the Archangel Gabriel or for that matter any angel suddenly appear in our Bedroom we would be just a little nervous to say the least. Does Mary run and hide? No she confronts the task which God is going to entrust to this young Jewish girl and here we go to the Magnificat to see this in total perspective from Mary’s point of view.

But first, what is the Magnificat – The Magnificat is a canticle, also known as the Song of Mary, the Canticle of Mary and, in the Byzantine tradition, the Ode of the Theotokos. (God bearer) It is part of the liturgical tradition of the Anglican, Roman Catholic and Eastern Orthodox churches. In the Anglican Church in England it is sung at Evensong (corresponding to Vespers in the Roman Catholic Tradition)

1    My soul doth magnify the Lord :
and my spirit hath rejoiced in God my Saviour.
2    For he hath regarded :
the lowliness of his handmaiden.
3    For behold, from henceforth :
all generations shall call me blessed.
4    For he that is mighty hath magnified me :
and holy is his Name.
5    And his mercy is on them that fear him :
throughout all generations.
6    He hath shewed strength with his arm :
he hath scattered the proud in the imagination of their hearts.
7    He hath put down the mighty from their seat :
and hath exalted the humble and meek.
8    He hath filled the hungry with good things :
and the rich he hath sent empty away.
9    He remembering his mercy hath holpen his servant Israel :
as he promised to our forefathers, Abraham and his seed for ever.
Luke 1.46-55