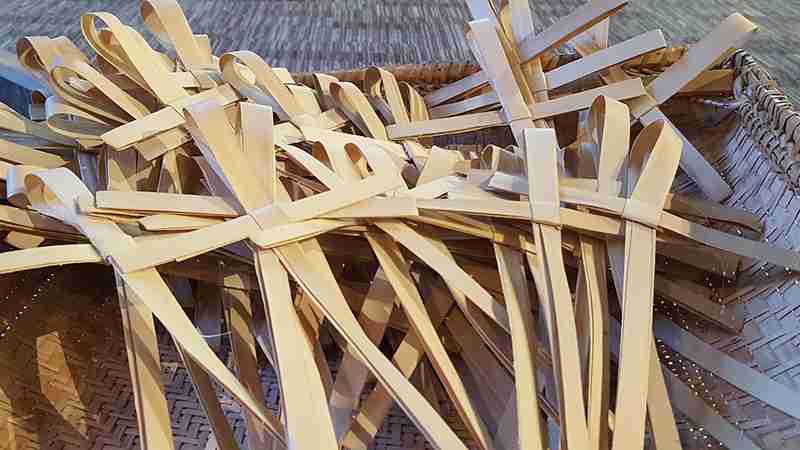 Today the palms – tomorrow the passion”. The grim truth is that the same people who shouted “Hosanna” on this day shout “Crucify him,” just five days later. It is sobering to recall that these same people shouting Hosanna on Palm Sunday were crying “Crucify him” on Good Friday! An inconsistent reversal in such a short period. All the gospels describe the ecstatic welcome the crowds give to Jesus as he rides into Jerusalem (Mark 11.7-11; Luke 19.28-44; John 12.12-19). But I will use just Matthew and John as examples

When they had come near Jerusalem and had reached Bethphage, at the Mount of Olives, Jesus sent two disciples, saying to them, ‘Go into the village ahead of you, and immediately you will find a donkey tied, and a colt with her; untie them and bring them to me. If anyone says anything to you, just say this, “The Lord needs them.” And he will send them immediately.’ This took place to fulfil what had been spoken through the prophet, saying, ‘Tell the daughter of Zion, Look, your king is coming to you, humble, and mounted on a donkey, and on a colt, the foal of a donkey.’ The disciples went and did as Jesus had directed them; they brought the donkey and the colt, and put their cloaks on them, and he sat on them. A very large crowd spread their cloaks on the road, and others cut branches from the trees and spread them on the road.

The crowds that went ahead of him and that followed were shouting, ‘Hosanna to the Son of David!  Blessed is the one who comes in the name of the Lord! Hosanna in the highest heaven!’ When he entered Jerusalem, the whole city was in turmoil, asking, ‘Who is this?’ The crowds were saying, ‘This is the prophet Jesus from Nazareth in Galilee.’

The next day the great crowd that had come to the festival heard that Jesus was coming to Jerusalem. So they took branches of palm trees and went out to meet him, shouting, ‘Hosanna! Blessed is the one who comes in the name of the Lord—  the King of Israel!’ Jesus found a young donkey and sat on it; as it is written: ‘Do not be afraid, daughter of Zion. Look, your king is coming, sitting on a donkey’s colt!’ His disciples did not understand these things at first; but when Jesus was glorified, then they remembered that these things had been written of him and had been done to him. So the crowd that had been with him when he called Lazarus out of the tomb and raised him from the dead continued to testify. It was also because they heard that he had performed this sign that the crowd went to meet him. The Pharisees then said to one another, ‘You see, you can do nothing. Look, the world has gone after him!’

All glory, laud, and honour
To thee, Redeemer, King
To whom the lips of children
Made sweet hosannas ring

To Thee, before Thy passion
They sang their hymns of praise
To Thee, now high exalted
Our melody we raise

Sadly, this year because of COVID19 we won’t be walking in procession, waving our palm crosses, singing whilst the organ thunders out St Theodulph. The people who followed Jesus, cheering and shouting Hosanna on Palm Sunday wanted something from our Lord and when he didn’t deliver freedom from the oppressor (Rome) they abandoned him. We might like to reflect on whether we
believe only when things are going well, or whether we are willing to walk with Jesus through Holy Week and stand at the foot of the cross. Jesus enters into suffering and death for the sake of suffering and dying world, and in simple terms for us and our redemption! There is a special article on Maundy Thursday at Page