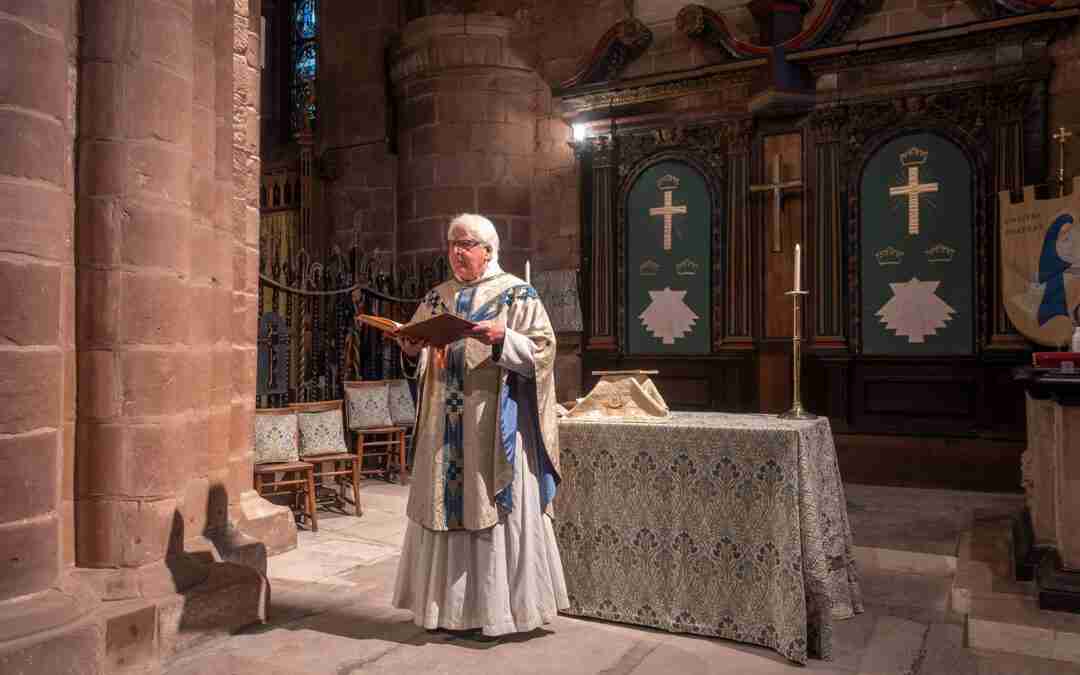 I am very pleased to report that the work on the roof above the organ has been completed, the scaffolding removed, and the Lady Chapel is now back in use. Life in St John’s has returned to normal and should remain that way for at least the next twelve months. This is partly due to the fact that I was unsuccessful in my bid to obtain; the only remaining roof last fully repaired in the 1860s.

I mentioned in my last newsletter that the best of our sculptured stones had been removed from the Chapter House to the north aisle preparatory to displaying them in a well curated exhibition for the public. The intention is to draw more visitors to St John’s in an effort to secure our future. I also mentioned that I was in talks with the Major Churches Network who have offered to provide me with advice on curating the exhibition and help in my bid for funds to revise this project.

I was really pleased that Nick Chapple and Judith Leigh visited St John’s yesterday, Monday 25th October, and viewed the church, together with the stones, and smaller artefacts. They said they would report back to me and added that the Major Churches Network has experts who will help me in formulating my funding bid. We were also joined by the St John’s curator, Jon Coley, who has catalogued our stones and is invaluable in explaining their context.
~~~~~
Over the next few months I will write in more detail about some of our stones. Meanwhile. It is my intention to give a quick overview of what we possess and to put into the context of what we know of the history of St John’s. Early Christian churches were founded close to Roman sites. St John’s is next to the ampitheatre where excavations have proved that the Roman temple was very close to the entrance to our church. The temple would have become an early Christian church and this is the reason the Anglo-Saxon kingdom of Mercia founded a church on this site. We have Roman Samian pottery amongst out artefacts and part of a probable Roman column. The late Anglo-Saxon period is represented by the five 9th-10th century crosses at the back of the north aisle. The foundations of the Saxon church, or minster, probably lie somewhere beneath St John’s as the Normans replaced it with the present church which they built as a Cathedral. This era is well represented in the present standing structure and some of the architectural designs, such as lozenge and dog-tooth, bought in from the Chapter House. We then have a large collection of grave slabs and effigies that trace our history through the 12th to 14th centuries, not forgetting the three garter stones which have yet to be fully interpreted.

There is a lot of work ahead to bring this project together. Meanwhile, enjoy the normality that has once again returned to St John’s.