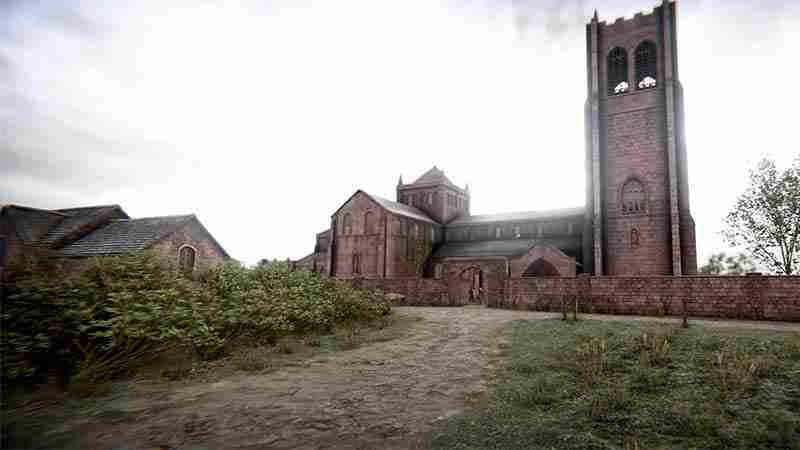 New virtual reconstructions have unveiled the medieval glory of landmark Chester buildings ready for exciting, interactive exhibitions which will give people the chance to step back in time and experience the 14th Century city.
The Water Tower and St John the Baptist Church in Chester have been digitally recreated in new videos showing how they would have looked in the period.

The reconstructions will be accompanied by specially-built backdrops at the ‘Mobility of Objects Across Boundaries (MOB) 1000-1700’ exhibitions, organised by the University of Chester and partners, transporting people to the era by offering an immersive and new perspective on Chester’s history.

Also bringing everyday medieval and early modern artefacts rarely displayed to light for visitors to handle, the first of the exhibitions will be held at the Grosvenor Museum in Chester from April 30 until July 9, 2022, and the second will be hosted at Chester Cathedral from August 22 until September 18, 2022.

The historical objects include keys, chests, shoes, coins, devotional tokens and ceramics which will ‘lead’ people around the exhibitions, including the rooms set up to feel like visitors are viewing the Water Tower and in St John’s.

The MOB initiative, led by the University with the Department of Continuing Education at the University of Oxford and the Grosvenor Museum in Chester, aims to bring medieval and early modern historical artefacts to life – which have not been exhibited before, to challenge perceptions of the period as static and unchanging, and elite narratives of history by focusing on everyday objects.

The virtual reconstructions were realised by Martin Moss of Dextra Visual – a historic illustration, 3D modelling and digital animation studio, based just outside Chester. You can see the reconstruction below.

Katherine Wilson, Associate Professor of Later Medieval European History at the University of Chester said: “With these reconstructions, the past meets the present in using the latest technology to illustrate and discover more about Chester’s history.

“They are an important feature of the exhibitions – where we are going beyond ‘traditional’ displays – to provide the opportunity to experience life as it was in the most important port city in the North West of England during the Middle Ages, when the Water Tower stood in the River Dee.

“The reconstructions and exhibitions enable you to see through a pilgrim’s eyes as they come to visit the important religious site of St John’s, and see how the objects in the exhibition may have travelled in and out of Chester through trade, commerce and spiritual journeys.”

The exhibitions have been made possible by a UK Research and Innovation Arts and Humanities Research Council (AHRC) Follow on Funding Grant for Impact and Engagement.

For further information on the project and the exhibitions, please visit: https://mob.chester.ac.uk.