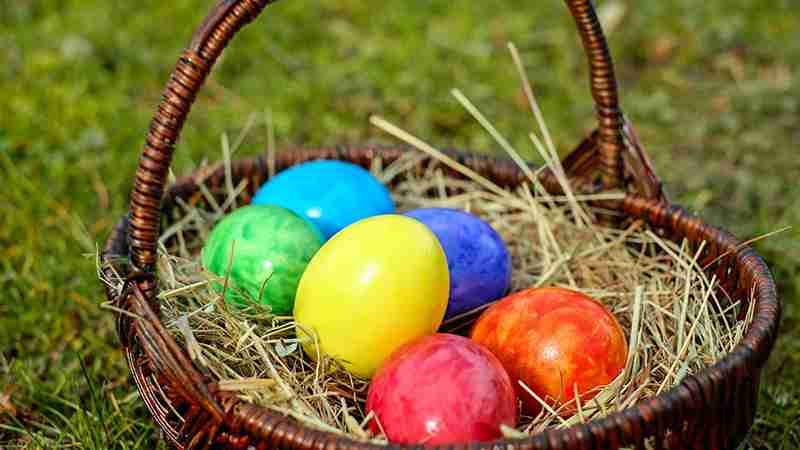 Easter is of course, the celebration of Christ’s resurrection from the dead. It is celebrated on Sunday, and marks the end of Holy Week, the end of Lent, the last day of the Easter Triduum (Holy Thursday, Good Friday and Easter Sunday), and is the beginning of the Easter season of the liturgical year.

As we know from the Gospels, Jesus Christ rose from the dead on the third day following his crucifixion, which would be Sunday. His resurrection marks the triumph of good over evil, sin and death. It is the singular event which proves that those who trust in God and accept Christ will be raised from the dead.

Since Easter represents the fulfilment of God’s promises to humanity, it is the most important holiday on the Christian calendar. In the Gospels, the precise details of the Easter narrative vary slightly, but none of these variances are critical to the main story. In fact, it is argued that the variances are simply matters of style and not substance.

Despite the variances, the key aspects of the Easter story all match. Above all, they agree that the tomb of Christ was indeed empty, which is the most essential fact.

Should we fix the date of Easter? Any plan, which would schedule the Festival on the same Sunday each year, would likely be welcomed by parents and schools but may anger traditionalists. It would be interesting if some clever statisticians/mathematicians could calculate Passover dates around 30 – 35 AD and see what comes up!

What do eggs have to do with Easter?

Eggs illustrate new life, just as Jesus began his new life on Easter Day after the miracle of his resurrection. When eggs are cracked open they are said to symbolise an empty tomb.

Originally eating eggs was forbidden in Holy Week. They were saved and decorated in the run-up to the celebration, and given to children as gifts.
Sometimes they were coloured red, in recognition of the blood of the sacrifice of the Cross. Green was also used to symbolise spring re-growth after the winter. I can remember as a lad doing this in various colours using Cochineal for red, Green and Gorse flowers for yellow. Of course we had to go and collect our own Gorse!!

The first chocolate eggs appeared in France and Germany during the 19th century. And of course have grown in popularity… although Cadbury’s Crème Eggs which I adored, have taken a dip in popularity since they were taken over… they are to me not nice!! And what about the Easter Bunny!! Indeed, you may well ask! Rabbits and hares have been associated with spring since ancient times. It is thought that the Anglo-Saxon Goddess of Spring, Eostre, had a hare as her companion, which symbolised fertility and rebirth. It’s hardly surprising that rabbits and hares have become associated with fertility as they are both prolific breeders and give birth to large litters in early spring.

The legend of the Easter Bunny is thought to have originated among German Lutherans, where the ‘Easter Hare’ judged whether children had been good or bad in the run-up to Easter.

Over time it has become incorporated into Christian celebrations and became popular in Britain during the 19th century. Some children believe that the Easter Bunny lays and hides baskets of coloured eggs, sweets and sometimes toys in their homes or round the garden the night before Easter Sunday – much like Father Christmas delivering gifts on Christmas Eve. This has given rise to the tradition of the Easter egg hunt which is still popular among children today. There was an hilarious episode in the Vicar of Dibley all about the Easter Bunny.

But behind all this fun and jollity is the fact of Resurrection and Forgiveness.